Fortified village – near the Akka Oasis

Dating from the 15th century, the Ksar Agadir Ouzrou is built on a rocky outcrop overlooking the Akka palm grove and the oued. This citadel surrounded by a wall ten meters high is located 5 kilometers from the center of Akka. Restored in 2014, the building has regained its cachet. The renovations made highlight this spectacular ksar.

The kasbahs are the dwelling place of the lords. At the beginning, they were built within the ksour; subsequently, they were planted directly in the palm groves. It is in fact a large quadrilateral with thick adobe walls including towers. The interior is a series of enclosures and courtyards. 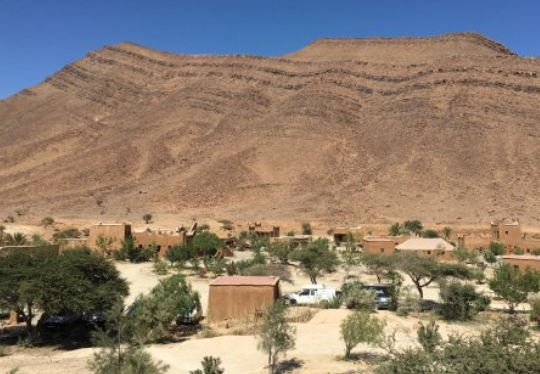