Getaway to the Land of Messguina

Journey from Agadir: less than 1 hour

Located 5 km from Agadir, do not hesitate to explore the Land of Messguina in the heart of the Arganeraie Biosphere Reserve. Several remains bear witness to this period: the Medersa d’Aguerd Mosque and the ancient Saadian Tombs.

This escapade begins at Tighanimine El Baz (30.435884, -9.490828) to join Azrarag (30.473974, -9.466420) by the first foothills of the Western High Atlas. The hike begins more precisely at the Ecolodge Atlas Kasbah. On the program: discovery of the old village with a guide, visit of a women’s cooperative for Argan oil and traditional apiaries. Hikers enjoy spectacular views of the Western High Atlas and the Arganeraie Biosphere Reserve. The villages crossed allow you to immerse yourself in the rhythm of life of the inhabitants of the region.

This excursion begins at Tighanimine El Baz (30.435884, -9.490828) and more precisely from the Ecolodge Atlas Kasbah. On the program: visit of the old village, of the Tighanimine Women’s Cooperative. Then, head in the direction of Azrarag by taking a mountain path with an impressive view of the village of Aguerd known, among other things, for its old Mosque / Medersa dating from the 11th century and its Saadian tombs from the 16th century. You continue your getaway to Azrarag, where you can have lunch at the Paradis Nomades guest house, before setting off to reach the gorges of Azrarag, all while crossing a green valley. Coming back, you will return to the village of Tighanimine El Baz via Aguerd.

THE HISTORICAL HERITAGE OF THE LAND OF MESSGUINA

Located 12 km northeast of Agadir, in the Messguina region, the village of Aguerd is home to a Koranic School and a Mosque dating from the Almoravid Dynasty (1060-1147) which already ensured the safety of the caravans, loaded with precious materials, passing through the gorges of Mesguina. There are also the Tombs of several emirs of the Saadian Dynasty (16th century), their families and soldiers who died in combat. The Territory of Mesguina formed mainly of mountains conferred a considerable military advantage.

All the douars in height and arranged in a horseshoe, were small forts monitoring the caravan route. Historians affirm that it is in the Fort of Aglagal (30.490481, -9.469106) that Sheikh Mohamed Essaadi, main founder of the Saadian dynasty had elected residence from 1540 to 1554. Liberator of the Port of Agadir, he was assassinated there before his remains were transferred, headless, to Marrakech for burial. This fort served both as a starting point for attacks against the Portuguese fortress known as Santa Cruz do Cabo de Aguer (Cape Ghir) and as a checkpoint for caravans who had to pay their right of way before entering the gorges. Imi-N-taghzout (north-east of Aguerd).

The Amtedi Barracks (30.503083, -9.509654) perched on the heights offered a panoramic view which made it possible both to monitor the entrance to the territory of Messguina and the coastal zone of the bay of Agadir, a zone of confrontation between the 2 armies. 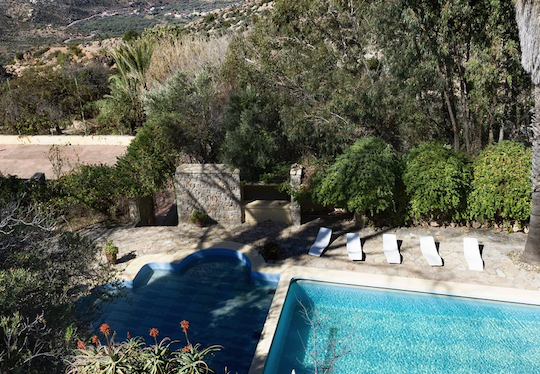 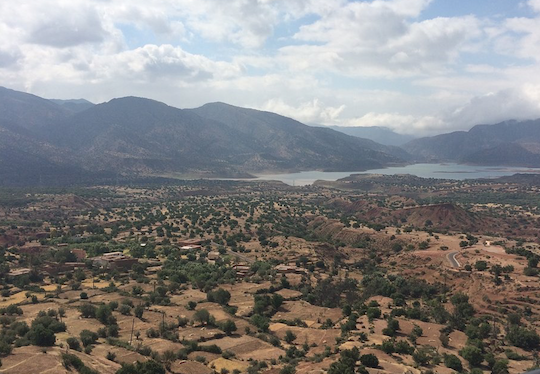 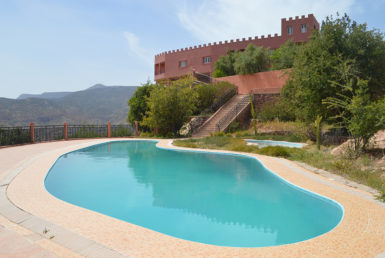 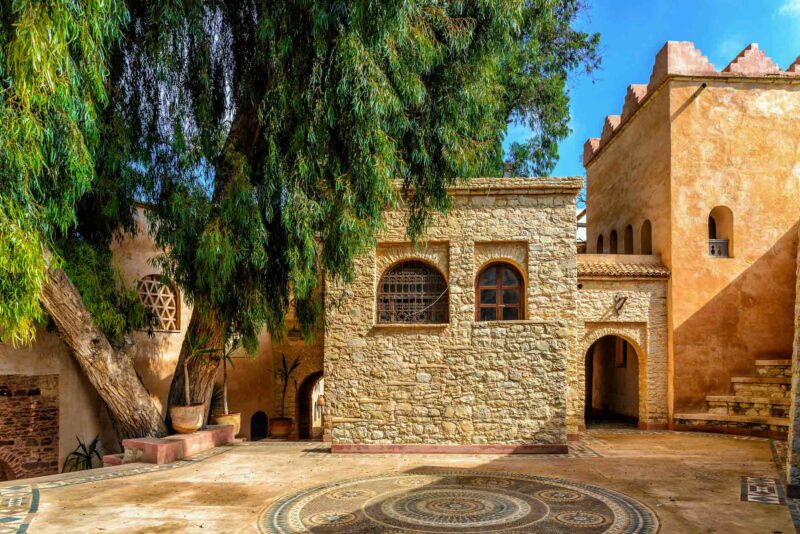